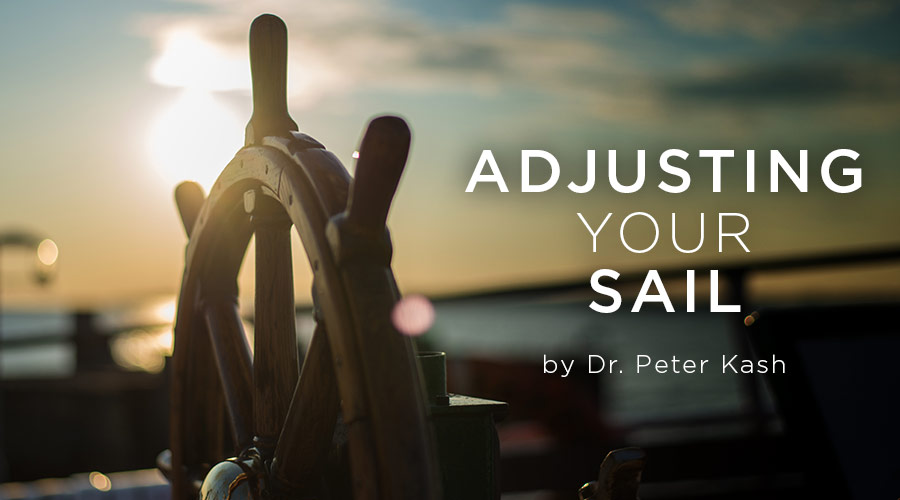 Every successful entrepreneur goes through cycles – no different than seasons. Some experts say, “stay the course until you succeed even during setbacks”. With thirty years of experience in both failure and success, I strongly believe in the importance of adapting to the current situation. Darwin stated that survival of the most adaptive species are the ones that survive the longest. The same is true with successful businesses and entrepreneurs.

In his book “The Parable of the Pipeline”, author Burke Hedges discusses the importance of building continual, residual income in today’s new global economy. There are two main revelations in this book, as in other similar books. The first is he importance of  Discipline, Determination, Focus, and Patience.  The second asks if you, an individual, want to be a “bucker carrier or pipeline builder”.

No matter where we are in our life cycle with family or business, each of us needs to constantly, and even daily, adjust “the sail” to keep our journey on the right course and direction and fulfill our ultimate destination of success, however we individually define it.

A great case study of adapting is Mary Kay Ash, the founder of Mary Kay Cosmetics. Her family office was an investor of mine back in the 1990’s. In the 1940’s, like many women whose husbands were overseas fighting in World War 2, Mary Kay was selling encyclopedias door to door. Selling door to door is about managing rejection – lots of rejection – and honing and adapting selling skills. Then in 1950’s she worked at Stanley Home Products when a male whom she once trained got promoted over her. That moment served as the catalyst which made her realize she needed to be her own boss.

In 1963 while writing a book on how to assist women in business, she came up with the idea of Mary Kay Cosmetics which could give her the freedom to build a thriving business. So, with a $5,000 loan from her son she grew her business into a $3 billion company with over two million consultants.

Mary became famous for rewarding her top salespeople – those who built solid teams –  with the opportunity to drive a pink Cadillac. This car and its distinct color became her trademark, and one of the most recognized brands in the United States, and today is in 35 countries. In case you are wondering, 140,000 independent sales members utilized one of the 19,000 p Cadillacs that have been awarded over the decades.  Focus, adapt, and execute like Mary Kay.

You will hear “no” or “you can’t be like Sara Blakely”, a self-made billionaire who created the international success of Spanx Apparel Company for leggings. I had the great opportunity of hearing a lecture by Sara at a luncheon in NYC. Her story is perhaps not different than the 11 million plus women-owned businesses in the United States. Like Mary Kay, she spent $5000 and a couple of years developing her idea of comfortable legging and briefs designed by woman for women. After patent attorneys turned down her idea, she went to the library and learned how to do her own patent. Manufacturers even turned her down, and she was on her last few dollars when finally, a manufacturer with three daughters felt for her and made her a prototype.

With another $150, she trademarked Spanx and landed a meeting with buyers from the luxury department store Neiman Marcus. After showing the Spanx product to the only female buyer in the meeting, she got her first order. She followed by sending one of her first products as a gift to Oprah Winfrey, who had the most powerful media outlet in the world. Oprah then recommended Spanx to all her viewers and the rest is history. What made Sara’s idea such a huge success was her ability to think “out of the box”. She has gone from $4 million in sales in 2000, to over one billion dollars today.

Women-owned business in the United States create $1.5 trillion in sales. As of 2017 in China, 25% of entrepreneurs are women, according to the All China Women’s Federation. In addition, Chinas has the highest number of female billionaires in the world, including Zhou Qunfei.  Each of you has the opportunity to grow as tall as you want. Just keep adjusting your sail.