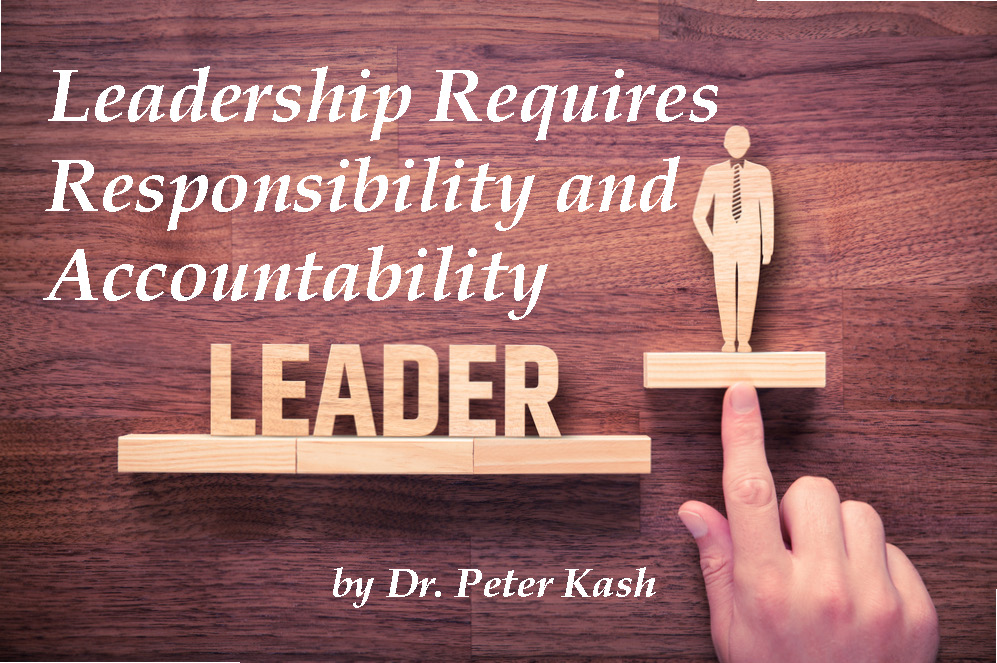 A plethora of meaningful definitions for leadership – guidance, direction, authority, control, management, superintendence, supervision, organization, government, orchestration, initiative, and influence – and yet there are two that stand out the most, namely responsibility and accountability.

As leaders, our responsibility and accountability require us to train, guide, and mentor the next generation. It’s an indispensable component of nature occurring in every animal species, especially by the alpha females and alpha males to whom others in the clan or tribe look up to. We are called to lead and to lead with success.

There are two quotes about leadership that I would like to share with you. The first comes from Jack Welch, allegedly one of the greatest industrial leaders of the 20thcentury and former CEO of General Electric. He states, “Before you are a leader, success is all about growing yourself. When you become a leader, success is all about growing others.” The second quote comes from one of the greatest presidential orators – U.S. President Ronald Reagan. He once told the world that “The greatest leader is not necessarily the one who does the greatest things. He is the one that gets the people to do the greatest things.”

As you travel your own personal journey with Wayal, develop yourself, and find your purpose, act hand in hand with your team members and pass the knowledge you learned on to others.

You don’t have to be the best salesperson to succeed, you simply have to find the person with such abilities. There are incredible coaches who never play the sport but have a passion to learn and play that sport more than anyone else.

The world-famous leadership scholars and consultants Rob Goffee and Gareth Jones co-authored a thought-provoking book titled “Why Should Anyone Be Led By You?” In my opinion, people follow you as a leader when you have the responsibility and accountability in addition to other admirable leadership qualities.

Otherwise, it is mediocrity.